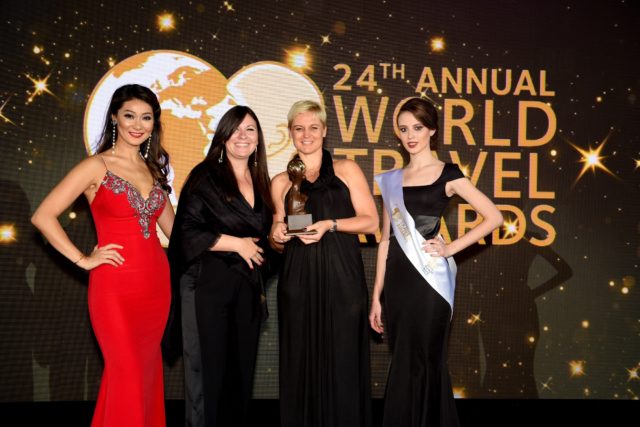 On September 30th, Sankt Petersburg hosted a prestigious ceremony announcing the winners of the »World Travel Awards«. Hotel Radisson Blu Old Mill has, for the second time in a row, received the award for the best Serbian hotel.

The so called »Oscar of tourism industry« represents one of the most significant awards in the World’s tourism and hotel industry. Receiving this award reaffirms the leadership of the Radisson Blu Old Mill in setting the quality guidelines for the Serbian hotel industry. After all, the Radisson Blu Old Mill has also been a proud winner of several other prestigous international awards.

We congratulate to the team of the Belgrade Hotel Radisson Blu Old Mill and wish them an ongoing success.