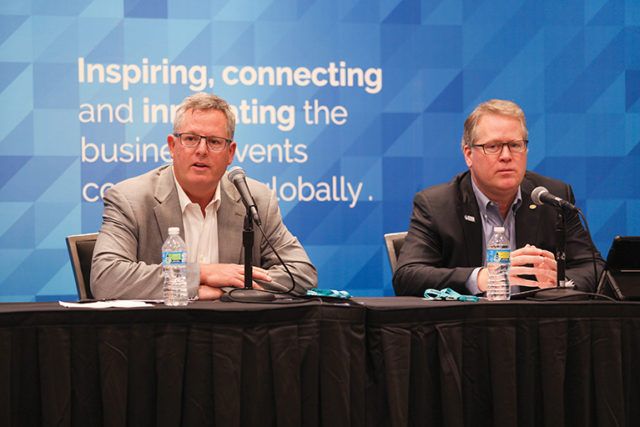 Continuing its mission to advocate for the power of face-to-face meetings, Meetings Mean Business Canada (MMB Canada) visited Vancouver, Edmonton and Calgary to connect with Business Events Industry executive leaders on October 26 and 27, 2017.

Over the two days, Snider and his colleagues reported on the extraordinary momentum the coalition has had since its relaunch in January 2017 and how it is fast becoming the single advocacy voice for Business Events in Canada working in tandem with the Tourism Industry Association of Canada (TIAC), the country’s pre-eminent tourism industry advocacy organization. The coalition has raised over $100,000 of initial funding and counts over 100 industry executive leaders among its supporters.

Speaking about the series of events, current chair Grant Snider said “We have come to Western Canada at the start of our outreach campaign because it’s crucial we have cross-Canada support from the entire Business Events industry for this initiative. Without a single unifying voice, we’re a series of isolated, random noises and our industry goes without the advocacy its deserves as a highly significant net contributor to the Canadian economy. We generate $27-$30 billion annually in direct spending and employ over 341,000 people in well-paying, full-time jobs yet we are largely invisible to elected officials and policy-makers.”