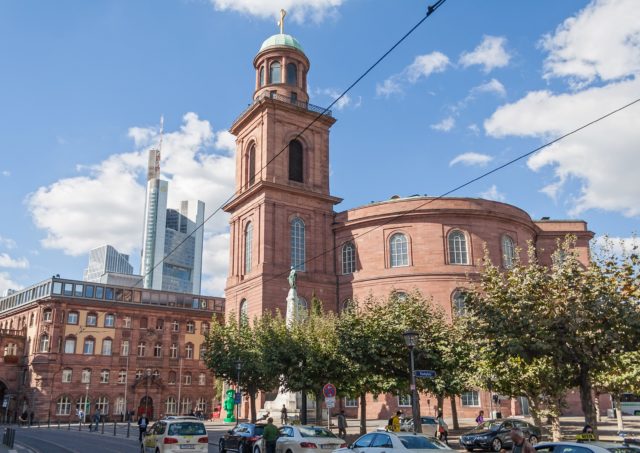 In the last financial year, over 560 exhibitors and around 15,300 visitors came from the United Kingdom to trade fairs in Frankfurt.

Wolfgang Marzin, President and Chief Executive Officer of Messe Frankfurt, explained the background to the latest acquisition: “It is important for our company to promote commercial exchanges at the European and global level at our 30 trade fair locations around the world. In addition, the UK is an attractive trade fair and export market for our international customers. Even Shakespeare, one of the most important figures in world literature, was aware of the importance of trade links between the United Kingdom and Germany in his day. He made mention of the ‘Frankfurt mart’ and the trading activities with his homeland there in his play ‘The Merchant of Venice’. Another important strategic factor for us today is the proximity to our British partners and organizers who are regular visitors to Frankfurt.”

Ray Bloom, organiser and CEO of IMEX, the global trade fair for incentive travel, meetings and events, and as such also one of the British customers holding events in the Frankfurt exhibition grounds, confirms: “Establishing a subsidiary in the United Kingdom is a smart move on Messe Frankfurt’s part. We see this decision as an excellent opportunity to intensify the ties between our two nations.”

The acquisition of Forest Exhibitions Ltd is also linked with the 100 percent acquisition of Automechanika Birmingham, which the company has established in the National Exhibition Centre to date as a licensee. The previous owner of Forest Exhibitions Ltd, Rob Sherwood, who has represented Messe Frankfurt in the UK since 2008 with his company Sherwood Event Services Ltd, had organised Automechanika Birmingham for the first time in 2016 – with over 500 exhibitors on a net exhibition space of 10,000 square metres. The following year’s event recorded an increase in exhibitor figures and exhibition space, with 844 companies showcasing their products and services to over 12,000 visitors on a net exhibition space of over 17,000 square metres.

Last year, Automechanika Birmingham won four awards in its sector, including “Best Trade Show”, during the renowned high-profile AEO Awards. Detlef Braun, the member of the Executive Board of Messe Frankfurt responsible for the Mobility & Logistics business field, which includes the Automechanika trade fair brand with 17 events in 15 countries, commented: “With our subsidiary in the United Kingdom, we aim to continue helping Automechanika Birmingham go from strength to strength.”

The former Event Director of Forest Exhibitions Ltd, Simon Albert, is to be Managing Director of the new Messe Frankfurt subsidiary and is “proud to be part of one of the largest trade fair companies in the world and to contribute to its success from the UK”. In this position, he succeeds Rob Sherwood, who will continue to represent Messe Frankfurt in international sales with his company Sherwood Event Services Ltd.