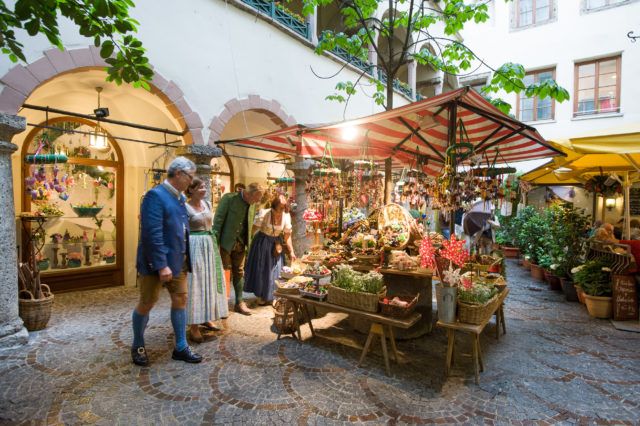 SALZBURG – Meetings in the heart of Europe

Salzburg’s alpine scenery has long been attracting film makers. One of the legendary films that celebrated the beauty of the mountains of Austria, and particularly Salzburg, is the romantic musical ‘The Sound of Music’. In addition to Wolfgang Amadeus Mozart, the Summer Festival and the Christmas Market, the film, made in 1965 with the majority of the scenes filmed in the city and its surroundings, is one of the city’s biggest tourist attractions….

Hangar-7 is the favourite venue of Dietrich Mateschitz, who became famous for inventing the Red Bull energy drink. The wealthy Austrian marketing guru has more than 5 billion euros worth of assets to his name and advertises through a number of extreme sports industries. He shares his love of aircraft with his friend, the pilot Sigi Angerer, which led to the idea about using hangers at Salzburg airport to store their rare legendary aircraft. Both hangers were opened in 2003…

Lovers of music, culture and architecture flock to Mozart’s city, as well as an increasing number who organise events in the city. In addition to purely rational reasons, when making a decision about where to hold an event, the number of truly varied and special venues also come into play. In addition to historic and traditional venues, there is no lack of ultra-modern…

‘If it’s not occupied all the time, well, let’s put it to another use.’ That was probably the thinking of the management of Salzburg airport, who created an entirely different venue for events. One to which you can fly directly and, following border formalities, find yourself right in the centre of a different world. They proved that airports can be used for various purposes and can also serve as a backdrop for large-scale and demanding events …

RESULTS OF MTLG 2018
We visited Salzburg in April 2018. Salzburg participates in the MTLG 2018 destination evaluation. The results of this year’s evaluations will be known at the end of June 2018.

More information can be found on the website https://kongres-meetologue.eu/

Slovakian festival Pohoda on the Ground recorded no infections

The Future of Trade Fairs and Exhibitions

Slovakian festival Pohoda on the Ground recorded no infections