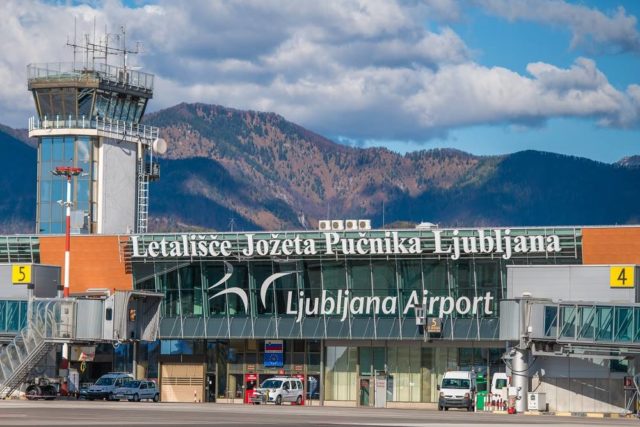 Ljubljana Jože Pučnik Airport is targeting the launch of new routes in four markets and is preparing for the construction of its new terminal building by year’s end. The airport’s General Manager, Zmago Skobir, told “Airport Business”, “We are constantly working on the Gulf area, so we are very active in this respect. It is one of the most important goals not just for Fraport and the Slovenian National Tourism Board, but also for the country and the airport itself. The more direct lines, the more investors there will be, as well as more tourists. So, the Gulf is our priority, but we would also like to add more flights from Italy, Spain and Scandinavia to our network”.

He added: “Germany is also one of the most important countries for Slovenia, as our biggest export partner. That’s the reason why Adria Airways and other carriers will introduce flights to the northern part of Germany, while easyJet will commence services from Berlin Tegel this summer”. Starting tomorrow, Japan’s largest carrier, All Nippon Airways, will resume its summer charter flights to the Slovenian capital, deploying its Boeing 787 Dreamliner aircraft for the first time. “Even though Slovenia is a small country, it is the best place for travellers from Asia to start their journey and continue to our neighbouring countries”, Mr Skobir said.

We would also like to add more flights from Italy, Spain and Scandinavia.

Last year, the airport launched a new expansion project, centred around the extension of the existing passenger terminal, in order to avoid a capacity-crunch, caused by a growing number of passengers and a changed traffic structure. One of the biggest challenges is completing the new terminal extension by the 2020 summer season. “The new terminal will allow us to serve peak traffic periods better, as well as future-proofing the airport for the next fifteen to twenty years, resulting in an improved experience for passengers and airlines”, Mr Skobir said.

A total of 10.000 square metres will be added, including a new departure hall with 22 check-in counters, five security lanes, three baggage reclaim carousels, a new baggage sorting area, a large duty free shop, a new premium lounge, as well as an overhaul of food and beverage and promotional areas. This will significantly increase capacity from 500 to 1.280 passengers per hour. Currently, the terminal is in the final stages of its design, and a tender call for the facility’s construction is expected this year. Mr Skobir is positive that work on the new terminal will start by the end of 2018.

Ljubljana Airport also plans to put a greater emphasis on cargo flights in the coming period. “Our airport is becoming an increasingly important logistics hub. Novartis, one of the biggest pharmaceutical producers, is finalising its European warehouse here. Cargo-partner has started building a big warehouse near the airport. Other international companies are also recognising this area as a future potential hub and consolidating centre”, the General Manager noted. In March, American Airlines Cargo added Slovenia as a new offline market whereby cargo is trucked from Ljubljana Airport to nearby European destinations already operated by American Airlines. “There is decent tonnage from Slovenia, with a range of exports including pharmaceuticals, gambling machines and other electrical goods. Slovenia is a little hi-tech bubble”, American Airlines Cargo Regional Sales Manager, Richard Hartmann, said.