KONGRES – Europe Events and Meetings Industry Magazine
Home NEWS Mostar will soon have one of the most luxurious hotels in the...
Facebook
Twitter
Google+
Pinterest
WhatsApp 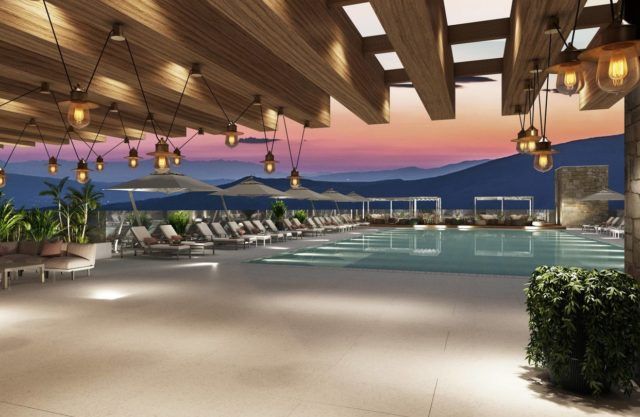 Hotel Marriott Mostar is in its final stages of construction and is said to open in April 2019.

Hotel Marriott in Mostar (former Hotel Ruža) will be a five-star hotel with an area of more than 27.000 square meters. There will be 182 rooms and suites, seven different restaurants, three different bars, meeting rooms, a concert hall, a pool at the top of the hotel and a spa center. All of this, combined with the high standard of the Marriott chain, quality of its equipment, and its facilities, will make Mostar’s new hotel acquisition, one of the most luxurious hotels in the Balkans.

Construction Manager, Esved Dugalic, told that the works are being done at full speed.

“The opening of the new hotel can be expected at the end of April of this year. Final works, such as ceramic, glass, gypsum and locksmith are ongoing. More than two thirds of construction and craft works have been done. Soon it comes to equipping and expensive furniture, “ Dugalic emphasizes.

The hotel is distinctively located within the UNESCO zone, next to the Stari Most in the heart of the historic town. It will be the largest in the city and provide the most extensive conference & event facility in the region spread over eleven meeting rooms and a total meeting area of 3026m. Including a large congress hall for up to 742 delegates and a modern grand ballroom featuring daylight.