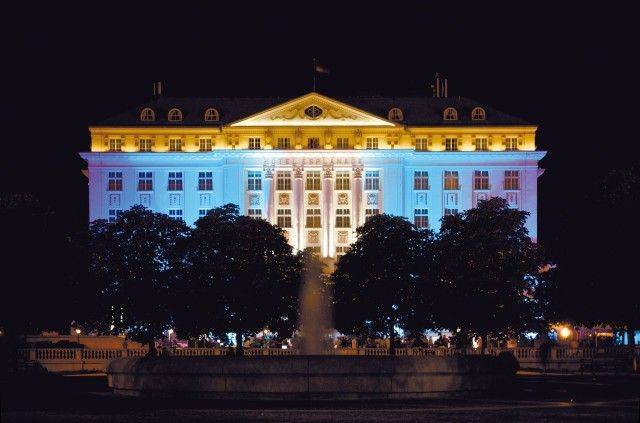 An Icon Built To Last

An important event in the history of Zagreb was the arrival of the railway in 1862. A few years later, in 1892, the main railway station was built. Hotel Esplanade was also built because of the guests on the famous Orient Express from Paris to Zagreb, such as Agatha Christie in 1928, which sometimes stopped in Zagreb. The train, which oozed luxury and titillated the imagination of writers, last rolled along its tracks in 1977. The last Orient Express passed through Zagreb in 1977. The legendary train, which travelled between Paris and Istanbul, is the main reason for the development of Hotel Esplanade near the Zagreb Train Station and the centre of the city, with a view of Zrinjevac Park.

With its central location the hotel is easily accessible and it offers all the comfort of a top-notch hotel. Air access to Zagreb is constantly improving and a planned expansion of the airport implies that more and more air carriers will be choosing to fly to Zagreb.

The elegant and recognisable hotel building is one of Zagreb’s secession icons. Since its opening, the hotel has been a centre of social life and the most luxurious hotel in the region. In 1964 it became part of the Inter-Continental chain, keeping its charm after the 2004 renovation as part of the Regent Chain, which gave it back its original secession spirit. The hotel lobby is glamorous, conjuring up images of stars walking around it, and the hotel was named as Zagreb’s most luxurious, not a year passing in which it scoops more important tourist awards. After setting foot in the lobby you are transported to a new world, one that even smells expensive.

The Esplanade Zagreb Hotel has for many years, in fact ever since it was built, been synonymous with fine cuisine and a high quality of food and ingredients used, along with exceptional service. This remains the case today and it is always a step ahead of the rest. Delicacies are prepared that connect Zagreb with the Mediterranean and continental Europe by choosing and combining flavours that are constantly fresh and creative. The Zinfandel Restaurant located within the hotel was named after the Californian red grape variety, which actually originates in Croatia (kaštelanski crljenak), and it’s the Zinfandel vine that has become the trademark of the hotel staff. Among the hotel’s culinary offer the legendary “Le Bistro” is a standout, where guests can try the famous and instantly recognisable ‘Esplanade Štrukli’. The staff are superior in service skills, pleasant and always professional.

The legendary Emerald Ballroom, which can host up to 280 participants, is unique and possibly the most exclusive congress hall of the region, alongside which are seven smaller halls. The catering, with the slogan ESP-erimental, ESP-ressive and ESP-ert, is world-class. The air-conditioned rooms are impeccably furbished and include free newspapers, and you will find designer cosmetics in the bathroom. The rooms are generously spacious, the smallest measuring 32 m2.

A SPA and HEALTH club with a fitness centre, a private secretary should you need one, a personal shopper and stylist, special scented baths, tours of Zagreb on Segways, maps of jogging trails in Zagreb, and much more.

Some of the technical equipment in the rooms is outdated and in need of updating (the TV set, for example).

The 250m2 presidential suite named after Orson Welles, who once stayed at the hotel, and the sheer number of tiny surprises and pampering at every step. Chef Jeffrey Vella, who excellently combines Mediterranean and continental gastronomy, guarantees a special experience.

The hotel is an excellent choice for business and congress guests and is probably the regional flagship in terms of service quality, customer care, prestige and image. Staying at the hotel is a special experience, with a package that gives you a feeling of luxury.