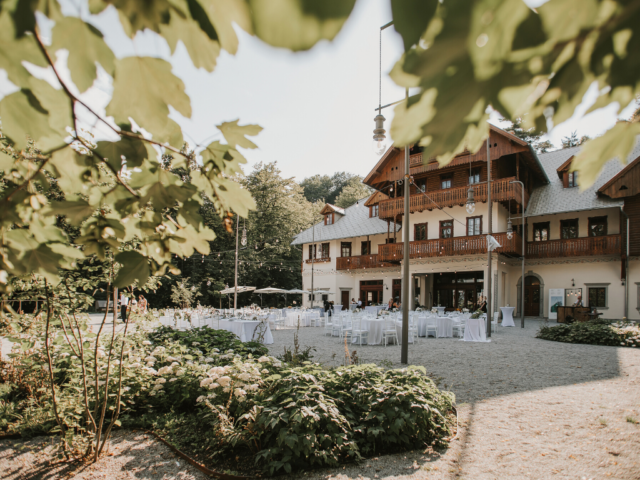 The Švicarija Creative Centre, which operates as part of the International Centre of Graphic Arts (MGLC), was established on the initiative of the Municipality of Ljubljana in 2017, after a thorough renovation of the building was completed. Originally Švicarija was a wooden guesthouse opened in 1835, which soon became a popular excursion point for the residents and visitors of Ljubljana.

The noted architect Ciril Metod Koch designed and built Tivoli Hotel on the same spot in 1909, which went on to become a well-known gathering place for artists, bohemians and workers. After the Second World War, many renowned Slovenian artists found their workspaces in the building. Today, this tradition continues as the Švicarija Creative Centre provides working and living studios to local artists, and residential spaces to international artists. The Centre is also to be home to a public programme following the notions of “community, art and nature”.