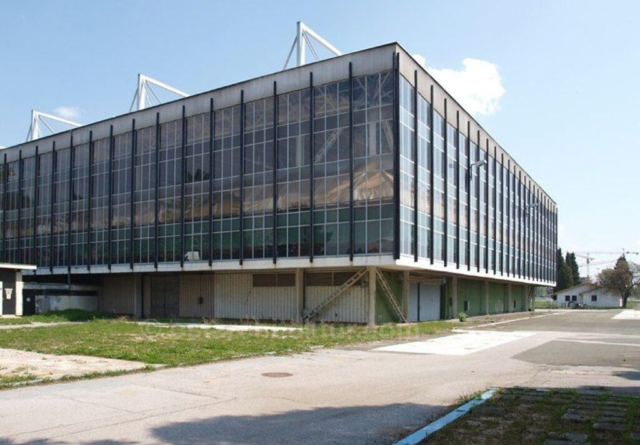 The largest fair and congress centre in the former Yugoslavia

The history of the Zagreb fair and congress centre dates back to 1242 when King Bela IV granted Zagreb the rights to operate with fairs. The year 1956 is very important for the fair because it was moved to its present location and started its boom. The status as a member of UFI since 1925 is a witness to the long tradition of the fair. After the construction of more than 40 pavilions, the fairgrounds became the largest in the region, at over 550,000 m2, with 150,000m2 of exhibition halls and pavilions. However, as the centre was oversized for the needs of the formerly much larger country, they made optimisation plans for renovation and refurbishment and made a more functional congress and exhibition centre. Today, a large part of the former fairground halls are intended for renting to the needs of sports, storage, and trade. Part of it remained in its function for trade fairs and congress centre.

LOCATION
The largest fair and congress centre in the former Yugoslavia, at 550,000 m2 and conceived as a central fairground for the wider region, was formed in the area of New Zagreb as the first part of the new town and his new centre. It was built spontaneously and in an extremely short period of time. Consequently, a huge closed work area looks chaotic, disorganised and very ad hoc, without any focal points and without a clear urban concept. This kind of design follows the needs of the city with difficulty, not to mention the needs of the modern fair and congress organisers.

ACCESSIBILITY
Zagreb is Croatia’s most important traffic junction. The convention centre is easily accessible from the city bypass and Ljubljana – Zagreb – Belgrade motorway. Clearly defined signs will lead you to the fair and congress centre. As part of the huge area, there is a suitable parking area, which is now free of charge during the events. It is also relatively close to the airport in Velika Gorica. The city centre is well connected to the fair and congress centre by public transport.

COLD APPETIZER – Architecture and Aesthetics
Pavilions built with exceptional speed were done so in cooperation with the exhibitors. Many of them are architectural extra, which still surprise with their design, but many are in extremely poor condition. This huge place needs revitalisation and renovation, which has been discussed for many years.

WARM APPETISER – Staff and customer service
The saga of this prestigious exhibitions house has lasted more than 20 years and it has been especially problematic from 2005 onwards. These problems were also reflected in the quality of service, which for relatively high price offers too little. The whole package of survivor rooms, poor equipment, and services which are outmoded cannot be substituted by both professional and friendly staff.

MAIN COURSE – Quality of facilities
From the construction of the last south entrance building in 1980, there was no more investment in the renovation of rooms or the building of new ones. The halls and pavilions seem neglected and need renovations. A significant area of the pavilions has no air conditioning and the important infrastructure is unstable. The congress experience is like returning to the past when the fair and congress centre once enjoyed regional visibility and reputation.

DESSERT – Catering and additional offer
The whole offer seems tired, unsuited to the times and habits of the guests and reminds one of a return to the past. Many abandoned fast-food kiosks, shops and post offices from some other era are urgently calling for a rapid renovation. The strongest part of the offer is a solid catering company, Globus, which is housed in the centre premises. The positive part of the offer is also WTC Zagreb, which operates within the fairgrounds and from whom you can rent office space.

TOP – POSITIVE SURPRISES
Some very successful thematic and specialised fairs in the region are becoming more important and are a positive sign for the future of the fair and congress centre.

FINAL IMPRESSION AND CREDIBILITY
The Zagreb fair and congress centre has lost the importance it once held in the former Yugoslavia and the wider region. It is necessary to reform and modernise the halls, as the existing ones are no longer suitable for modern, demanding visitors. There is large potential in combining the convention centre and fairgrounds – the unlimited space offers huge potential for a relatively easy revitalisation of the fairgrounds into a modern congress and exhibition centre in the eastern part of Europe.