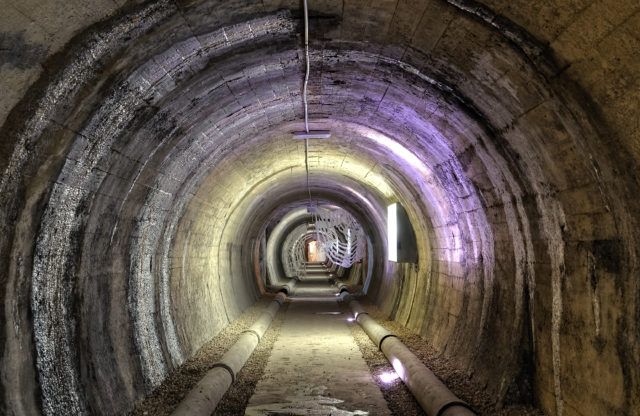 TUNNELS BENEATH THE OLD TOWN CENTRE

The Tunnels beneath the old town of Kranj are open to visitors these days as just a little over two decades ago the idea of a new era for the tunnels was set in motion: the former shelter would serve a new role as a museum and event venue and so it was newly paved, electrified and opened in 2008 by the Institute for Tourism and Culture Kranj. During World War II the tunnels served a different purpose, however, as this was the city’s central refuge. The former wartime shelter could nightly host from one to six thousand people and be excavated to a depth of between eight and 20 metres, with a total of 1,300 metres today open for sightseeing.

Various events are organised in the Kranj underworld these days, such as one of the permanent annual ones, the wine route organised for the festival of St. Martin, for which you can lower yourself underground and walk around with a glass of wine in your hand. It is also possible to go to the tunnels for occasional exhibitions, films and literary evenings, as well as puppet shows.

Events can be hosted by prior arrangement and in principle all year around, other than in October and November, when Halloween and the St. Martin festival take place. The tunnels are suitable for hosting small groups (up to 50 people) and the programme is prepared according to the wishes of the client. In the tunnels, it is not possible to carry out events that might jeopardize its technical heritage and it is also not permitted to host any events that might have an excessive effect on the flora and fauna of the tunnels.