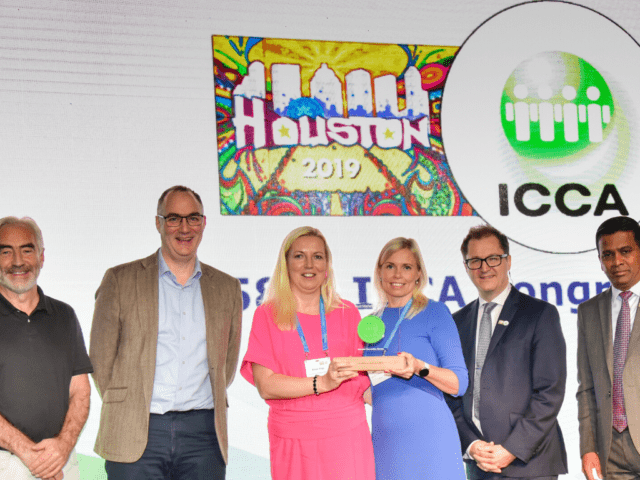 ICCA announced Estonia Convention Bureau as the winner of the 22nd edition of the prestigious ICCA Best Marketing Award (BMA) at the Closing Ceremony of the 58th ICCA Congress on Wednesday 30 October 2019 in Houston, Texas, U.S.A.

The main challenge Estonia had to solve is that, as a country, they are still relatively unfamiliar to international audiences. To build an image for themselves, most convention bureaus take advantage of brand identities created by their national tourist boards; however, Estonia does not have a relevant national brand image with which it could work. To overcome this and raise awareness and visibility of the destination and generate business requests for the convention bureau and its members, Estonia Convention Bureau created its own brand image on a very limited marketing budget. By proactively communicating authentic and unique experiences that can be enjoyed in Estonia, they focused on creating and curating engaging content.

Congratulations also go out to the other two finalists: International Convention Centre Sydney (ICC Sydney), for their “It’s Showtime!” campaign, and Convention Bureau Italia for their “Italy at Hand” campaign.

Chairman of the BMA judging panel Patrick Delaney of SoolNua, said: “This is the 22nd edition of the BMA, which is growing in prestige: We had more submissions this year than ever, each year the quality goes up and up, and the BMA session at this year’s ICCA Congress was one of the best attended. The unique nature of the BMA competition and recognition and exposure amongst peers makes this one of the most sought-after awards in our industry.”

“I truly believe the BMA Award is at the heart of what the global ICCA family is all about. It is about sharing real tangible solutions to real problems. All three campaigns showed in different creative ways how destinations and venues can create awareness, increase motivation and trust amongst their internal teams and customers, and deliver a real increase in business.”

“Estonia Convention Bureau demonstrated the power of storytelling told in a passionate and personal and committed way. It shows that a great marketing campaign is not restricted by the amount of budget, but thrives on creativity, passion and commitment, and clever execution. These challenges and the creative way in which they were addressed resonated strongly with the ICCA Congress delegates in the room and the judging panel.”

Riine Tiigi and Kadri Karu of the Estonian Convention Bureau said: “Wow, what an achievement! We have really worked hard for this. For our destination, it gives huge visibility. It really puts us on the map. Estonia is such a small destination and our team is only 3 people, so it is hard to get noticed. I think we got noticed now. We really feel like we have won the Oscars for the international meetings industry!”