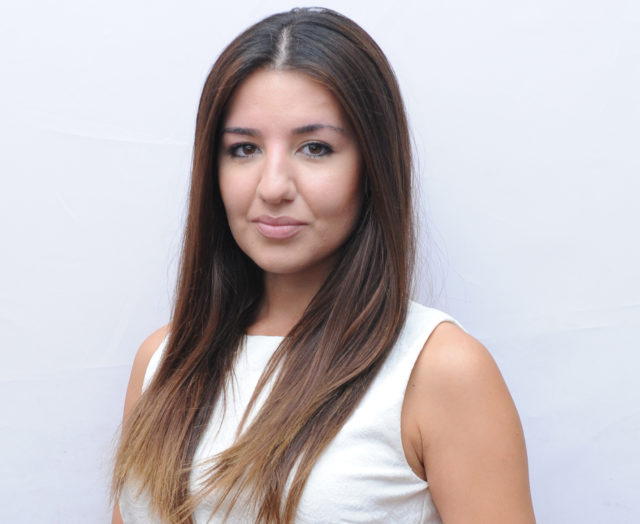 Q: Describe yourself in three words?

‘The bravest thing’ means different things to different people. For some, it’s skydiving in Australia, or travelling through the jungles of South America on their own.

While I’ve done a lot of travelling myself, my bravest moments have usually been the ones where I somehow helped or supported the people in need. Or at least I remember them that way. I remember a few years ago, I was an Executive Assistant to General Manager at one of the well-known hotels in Baku. I received a call from our reception telling me someone wanted to meet the General Manager. When I came down to meet this person, she suddenly started shouting and throwing things at me, asking me to book a hotel room for her. I immediately realized she has a mental illness and needs help. The woman scared the guests sitting at the lobby and I’m not going to lie, I got scared too. I had to think quick and act quick to dissolve the situation.
Due to the high safety standards of the hotel, all of the hotel staff attended several training sessions thus I knew how to proceed in such circumstances.

I immediately informed a safety manager and offered the women to have a coffee with me to talk about her hotel room request. A couple of minutes later, the ambulances arrived and took her to hospital.

Q: What is your favourite meetings brand?

I have graduated from Azerbaijan Tourism and Management University. During my studies, I got familiar with all the luxury hotels and worked in some of them. In my opinion, Hilton is one of the best luxury business brands out there.

I’m a very creative person and I love creating videos from the countries I travel to. I also love music festivals and have been to some of the biggest ones like Ultra, Tomorrowland etc.

Sometimes I think I could be a DJ. So I would say, my alternative career fantasy would be either to be a video editor or a DJ :)

Q: What are you obsessed with at the moment?

I’m obsessed with sports and keeping fit. I’m into volleyball, cycling and hiking.

To run my own hotel and/or become a restaurant owner with an exclusive service.

Baku has one of the best infrastructures to hold business meetings

Q: Why Baku for meetings and events?

Apart from having great views of the Caspian sea, we also have delicious cuisine. Azerbaijani people are very friendly and hospitable. Worth to mention that, the prices are quite affordable for most travellers.

Samra Guliyeva was born in Baku, Azerbaijan in 1992. She received a B.E degree in 2014 from the Tourism & Management University where she studied Tourism and Hotel Business.
Despite being in her mid-twenties, she has 10 years of experience in the tourism sector.