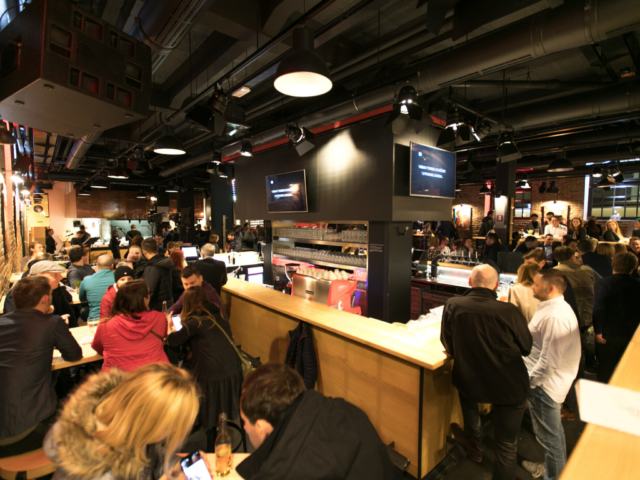 Pivnica Union is a pub run by Ljubljana’s Pivovarna Union brewery, where beer has been brewed since 1867. The much-anticipated opening of the pub took place on the 150th anniversary of the brewery’s foundation.

Pivnica Union offers a wide choice of house-made beers as well as a number of those brewed by the Pivovarna Laško brewery. Draught beer is being poured from twenty beer taps on one of the longest bars in Ljubljana. Pivnica Union is the only pub in Slovenia where Pivovarna Union’s Bok, Triglav, and Amber beers are available on draught. Another of the pub’s specialities of is the so-called ‘Brewer’s Selection of the Month’, a beer brewed exclusively for the Pivnica Union pub.