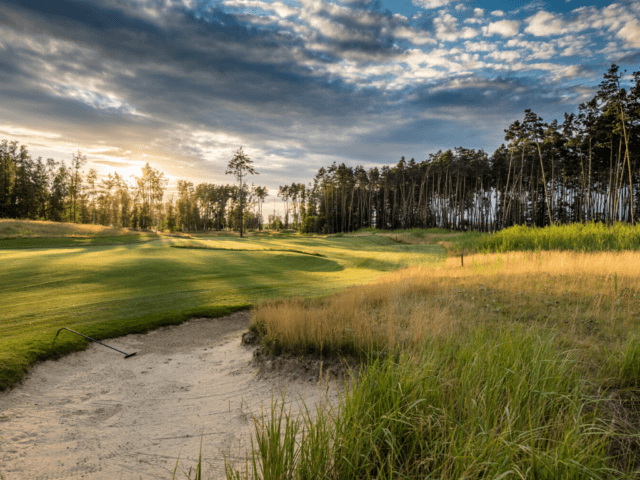 About an hour’s drive to the north of Bratislava, the Penati Resort opened in 2012 with the Jack Nicklaus designed Legend Course. In August of 2013, the Legend was joined by the Heritage Course, and today the resort is the nation’s largest golfing facility. The 712-metre 15th hole – the longest hole in Europe awaits golf enthusiasts, offering 11 tees. The view alone is fascinating. Equally unparalleled is the final, narrowest hole on the course – played in a near dream-like setting on a magnificent island green. The Island Green – a small emerald floating upon a blue surface – sets the grand stage of the final act of the golf drama, guaranteed to liven up and provide a thrilling close to the game.

Aside from the world-class 36-hole golf course, there are a plethora of possibilities for relaxing and spending quality, active leisure time. With its one-of-a-kind scenery and diverse offering of activities, the golf resort has become the antidote for the gruelling life in the fast lane. The natural wealth of the foothills of the Little Carpathians, copious in pine forests, offers abundant unique scenery and hideaways on both land and water. The profusion of flora and fauna and the vast open space are ideal for a broad spectrum of activities – from sports to mushroom foraging or event organising amidst pristine Slovakian nature.