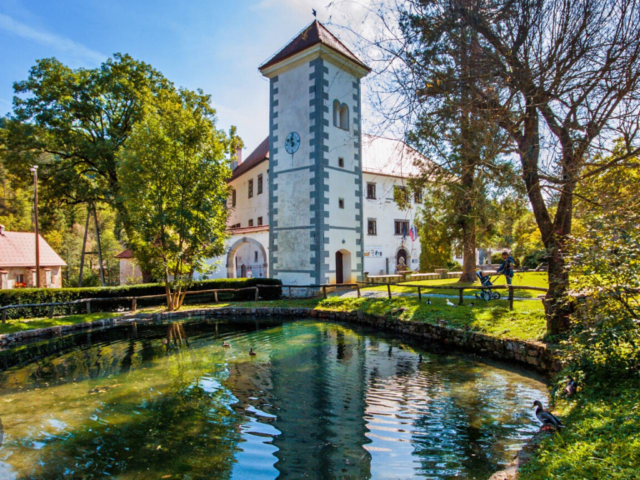 The Polhov Gradec Mansion which dates back to the 13th and 14th centuries acquired most of its present look in the Baroque period. Count Blagaj, an enlightened Mecean of art and a botanist after whom the protected plant Blagajev volčin (spurge laurel) was named lived here in the 19th century. The mansion has a beautiful garden, surrounded by walls. A statue of God Neptune, four nymphs and the Polhogradec lords’ coat of arms from embellishing the Neptune well in the courtyard, made in the second half of the 17th century. Between 1808 and 1858 the mansion was the epicentre of science and Enlightenment ideas.

In 2008 the Mansion became home to the Technical Museum of Slovenia – Museum of Post and Telecommunications. The museum features a collection entitled The History of the Post and (Tele)communication in the Past, Present, and Future, and Živa’s Corner intended for its youngest visitors. The Mansion is also suitable for hosting events and weddings.