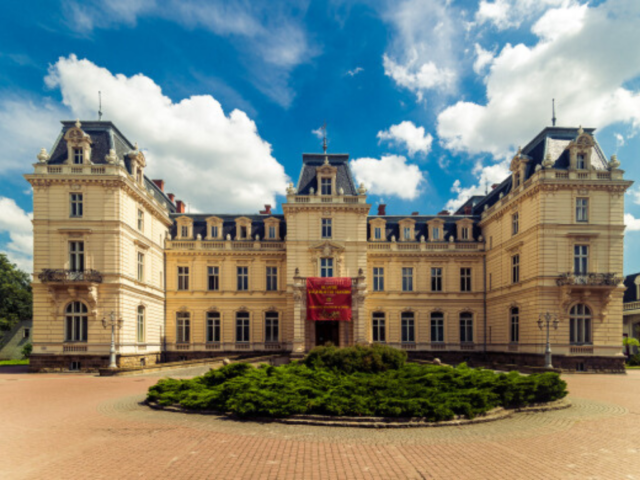 Wherever you go in Lviv, you are inevitably astonished by its inimitable and varied architecture. However, the Potocki Palace, hiding behind the open-worked forged fence on one of the streets that radiate from the main city artery, Svobody Avenue, stands out against the background of majestic ancient buildings, huddling in the downtown. It is an elegant building, whose luxurious forms are reminiscent of French Renaissance castles, is rightly considered to be one of the most interesting and beautiful monuments of architecture in Lviv.

Today, the historical building’s premises are occupied by the European Art Museum, which is a chapter of the Lviv Picture Gallery. Its halls house expositions of antique interiors and European painting, dated to the 14th – 18th centuries. The Park of Fortifications in Miniature was recently opened in the Potocki Palace’s yard.

The style of King Louis XVI is predominant in the interiors of the palace’s first floor. The halls (the Red Hall, the Mirror Hall, the Blue Hall, and the Ordinat’s Office) are decorated with artificial marble, gilding, mouldings, and mirrors. Fireplaces cut from marble are adorned with gilded bronze. The maximum capacity of the halls is 100 in theatre seating.