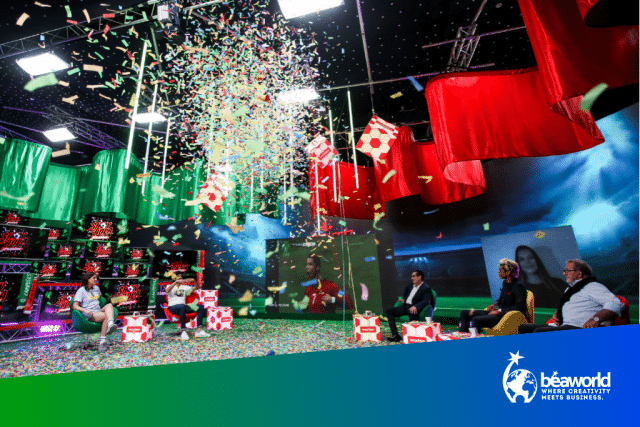 Amidst the pandemic, BigFish were challenged to create a live stream shopping experience to boost online sales of tv screens right before Euro 2020. They created “Worten Show de Bola” for everyone to score major tv deals. The name can be loosely translated to Worten’s Ball Show.

The organisers delivered 2h30 live on Worten’s social media profiles in a format that mixed MTV’s Ridiculousness with a late-night Talk Show and, yes, live sales on tv!

A show like this deserved a luxury squad. Tv hosts and social media influencers Raminhos and Sofia Oliveira were the “coaches”. And on the bench, they had famous players (Quaresma, Futre, Abel Xavier, Carlos Manuel, Mónica Mendes), Cristiano Ronaldo’s sister, the very well known “soccer player” tailor Paulo Battista and actor Miguel Costa. The game delivered personal stories, red cards, lots of fun, smiles and prizes to those that interacted on social media. They even learned that Miguel Costa has a tattoo in Quaresma’s honour and Quaresma showed some skills in cutting Raminho’s beard.

And of course, everyone could score a major deal with awesome tv discounts.