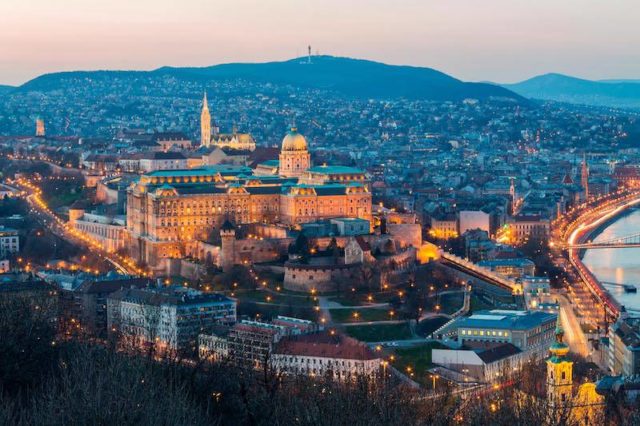 After a successful year in 2016, HUNGEXPO-Budapest is facing to organize a lot of new, large-scale events also in this year. Beside a great number of own exhibitions and domestic programs HUNGEXPO will be the venue of several international events. We also happy to announce that great changes are coming at HUNGEXPO with the biggest expansion in the history of the convention center. The first details will be revealed at IMEX.

The event season will start with the ISF World Seed Congress 2017 –organised by the International Seed Federation (ISF) together with the Hungarian Seed Association between the 22-24 May in Budapest. During this period more than 1500 seed industry professionals are expected to gather to discuss the global issues facing the seed industry. The plenary session will be accompanied by an exhibition of 40 stands and a trading floor on more than 5000sqm.

The next event will be the World of Coffee exhibition on the 13-15 June which is organised by the Irish EventHaus Ltd. on behalf of the Speciality Coffee Association of Europe (SCAE), the network of coffee lovers and industry professionals across more than 90 countries worldwide. The three days long exhibition will be held on 13,000 sqm with 150 booths (4-80sqm), and the organisers expect about 8000 visitors from worldwide. The event will be accompanied by five special coffee competitions: World Brewers Cup, World Latte Art, World Coffee in Good Spirits, World Cup Tasters and World Cezve/Ibrik. Hosted over three days, each championship will highlight the skill and craft required to be a leader in that discipline, with the last day reserved for the finals as the best of the best go head-to-head in their attempt to be crowned the next World Champion. Budapest was in competition with Amsterdam, Berlin, Leipzig, and Munich for the 2017 exhibition.

The EFTTEX – European Fishing Tackle Trade Exhibition will be held on the 29 June – 1 July. The exhibition was organised first in 1981. 2016 RAI Amsterdam was the host and next year it will return to HUNGEXPO Budapest again after 2009. The exhibition will be organised with the participation of cca 150-200 exhibitors on 13.000 sqm, which is a 15% expected growth of the expo. During the three days about 3000 visitors is awaited, with some side events such as the Best New Product showcase or the Visitor’s Choice Award voting for their favourite products. The Annual General Assembly is open to all members and non-members of EFTTA, here the latest on EFTTA activities and ideas can be heard. For product trials a 20 meter long stretch of water, the Casting pool will be set up for those interested in fly fishing and want to test the waters.

Beside the big international events there will be several prestigious own exhibitions at HUNGEXPO which attracts thousands of people regularly. The thematic events cover topics such as agriculture, travel, construction industry, fishing, hunting and sailing. The size of the event is varying from 6000 sqm to 36,000 sqm with visitor numbers from 6000 to 61,000. The domestic hosted events also mean a huge part in the operation of HUNGEXPO, with a great number of exhibitions, gala dinners, music and sport programs.

HUNGEXPO-Budapest reported a really successful year in 2016 as it was the venue of such events as the European Selection of Bocuse d’Or, the UEFA European Congress, but two large corporate meetings were also held at HUNGEXPO: AIA, the Hong Kong based insurance company celebrated its biannual overseas incentive conference with 1600 guests from Asia, while KIA held its Pan European Dealer Convention in Budapest for 2700 key partners from across all over Europe.

Even though the recent terrorist attacks in Europe had influenced the old continent’s popularity in a negative way, Hungary is still not affected and is considered one of the safest countries also proven by receiving the remarkable 19th rank of the Global Peace Index in 2016.