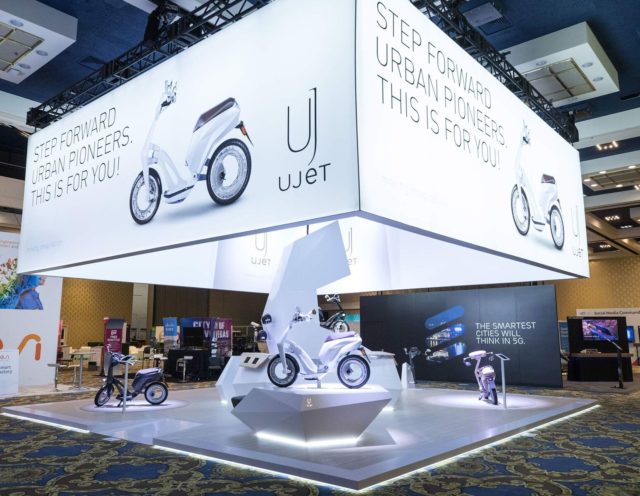 For the new client, UJET VOK DAMS developed an integrated campaign around the product launch of the UJET smart e-scooter at CES 2018 in Las Vegas.

The strategic plan included target groups, touch points, communication channels and key messages as well as tangible strategic activities to create anticipation, engagement with the target group and a momentum ahead of the event guaranteeing a successful launch. As part of the targeted approach, the strategic VOK DAMS team created a communication strategy for the product launch identifying and connecting the right people from press and media through targeted messaging directly with the product enabling a maximum of press coverage in relevant media.

Furthermore, VOK DAMS rolled out an Influencer campaign that goes beyond ordinary Influencer marketing, prioritized relevance overreach and lasting relationships overpaid posts. The Agency identified and directly engaged with influential people who impersonate the distinct UJET brand identity and created long-term relationships that will continue throughout 2018 in activation actions within several major cities across Europe. 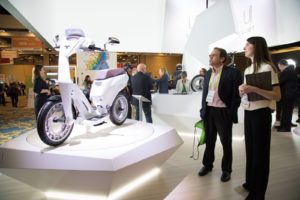 After the first appearance of the brand new UJET at Monaco Yacht Show, VOK DAMS designed the State of the Art booth at CES in Las Vegas. Innovative Mixed Media installations brought the invitation “STEP FORWARD URBAN PIONEERS THIS IS FOR YOU” alive. UJET described the successful appearance at CES as a masterpiece for the further success of the smart e-scooter.